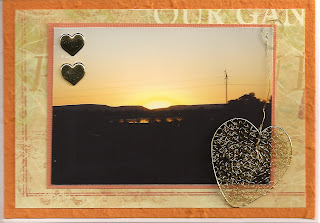 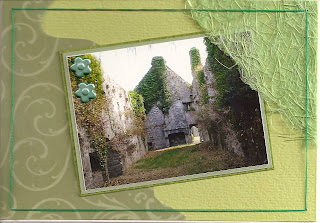 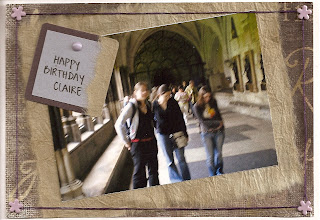 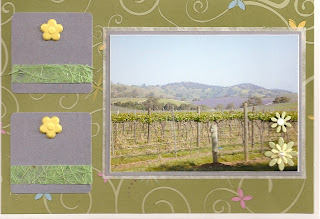 Since I have no scrapbooking projects on the go, and no mail art that needs to be signed, I decided to spend this afternoon making Birthday cards for some friends who are celebrating this month.
On my cards I utilize patterned colour card, homemade paper, vellum paper, embellishments such as brads and stickers, tags and cotton. The pictures I use are either downloaded from the internet, or are photos I've taken myself.
I use acid-free and photo-safe glue to hold everything together.
It takes approximately 45 minutes to design and make each card.
The first card features a Summer Sunset in Port Augusta, Sth Australia, which I took on Xmas Eve 2007.
The second is a picture I took of the ruins of an abbey at Adare in Ireland, August 2006, one of my favourite places in the world.
The picture on the third is of my friends Beccie, Claire & myself at Westminster Abbey, London, in August 2006. I made it for my friend Claire who will celebrate her 21st birthday in England on 26 Jan.
The last card features a picture of the Barossa Valley in South Australia, which I took in September 2007 on a wine tour to the region.