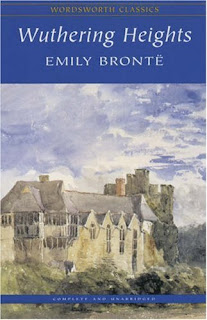 I lingered round them, under that benign sky: watched the moths fluttering among the heath and harebells; listened to the soft wind breathing through the grass; and wondered how anyone could ever imagine unquiet slumbers for the sleepers in that quiet earth.
~ Wuthering Heights

Every now and then I stumble across a book that really surprises me: A book I thought I'd detest but end up immensely enjoying.
Emily Bronte's novel, Wuthering Heights, is one of those books.
I know why it took me so long to read it: I feared I would end up passionately despising it like I did her sister Charlotte's famous novel, Jane Eyre. Then Wuthering Heights turned up in the post, a surprise package from Shelley over at Tea Time, and I began to re-assess why a ten-year hatred of Jane Eyre and sister Charlotte should make me so afraid to read any other works by the Bronte sisters?
It sat on my bookshelf for months whilst I pondered. Wuthering Heights is considered as one of the best novels ever written. There have been movies, TV adaptions, endless book editions, and Kate Bush even wrote a song about it, so why should I so fervently avoid it?
So, I quit stalling. I read it, and would you believe it: It is so good. So very, very good. I loved it.
The story centres around violent and mean Heathcliff, brought to Wuthering Heights as a child and treated badly after the death of his guardian. It's hard not to think of him as an unloved orphan, who is so angry and bitter at the world that he takes it out on everyone he knows, and probably justifiably so. He is so sad that it is difficult not to pity him, despite the misery he inflicts on those around him.
Yet, in a dark, brooding story with dark, brooding characters all around her, Catherine Linton shines. Strong-willed and determined not to let Heathcliff get the better of her, she is like a smouldering ember, just waiting for the right moment to spark and set the whole place alight...
Wuthering Heights is a brutal yet brilliant novel, in true gothic style.
If you've not read it (assuming I'm not the last person on the face of the planet to do so) then I highly recommend it.
You can pick up a super cheap copy here or here.
What books have surprised you in this way? 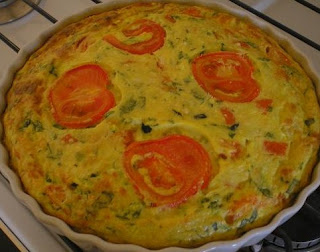 [Quiche]
It is so hot here at the moment! For the past nine days our part of South Australia has been sweltering in a Spring "heatwave", with daytime temperatures refusing to fall below the 40*C (104*F), and today would have to be the hottest yet! I cant even stand outside to hang out my laundry: I'll get burnt!
With all this hot weather, I've not felt like cooking, or even eating much for that matter. The past week or so I've survived on fresh fruit and smoothees. However, yesterday afternoon I had a craving for Quiche (no doubt needed a protein boost!), which is one of my favourite foods to have during the warmer months.
This recipe is a variation of a recipe that came from my mum and it is so quick and easy. The best thing, though, is that once it is in the oven you can walk away and not have to worry about it for 40 minutes. It tastes great, too!
Ingredients:
4 Eggs
1.5 Cups milk
1.5 Cups grated cheese
1 onion, finely chopped
1 tspn dried crushed garlic
Half a zucchini (corgette), finely chopped
1/4 Cup corn kernals
1 tomato: Half diced, half cut into four slices
Spinach, finely chopped
3/4 Cup pastry mix
Beat together eggs and milk, then stir in grated cheese, onion, zucchini, corn, diced tomato, spinach, garlic and pasty mix.
Top with tomato slices (as picture above).
Pour into greased pie dish and cook in oven for 35-40 minutes at 200*C (180*C fan-forced).
Eat warm or cold.

What are some of your favourite foods/recipes to eat during the Summer months? I'd be most interested to know, because during Summer it is so hot here that I dont feel like putting in much effort to make a meal, and I could use some ideas!
Posted by xo.sorcha.ox at 3:09 PM No comments:

Oxygen is transported around the body by haemoglobin. Iron deficiency, which leads to low levels of haemoglobin (anaemea), is the most common mineral nutrient deficiency in the world.

There are two types of dietry iron: Haem iron and Non-haem iron.
Haem iron is found in animal tissue, and Non-haem iron in plant foods.
How well iron is aborbed depends on other foods being consumed with it. For example, tea and fibre can reduce aborption, whereas the presence of Vitamin C greatly increases the absorption of iron by the body.

Therefore, good sources of Non-haem iron for Vegetarians include leafy greens such as spinach, legumes such as lentils and kidney beans, molasses, dried fruits such as apricots and figs, and wholegrain cereals.

To find out more about dietry iron and Vegetarianism, go here. 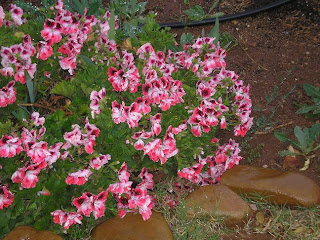 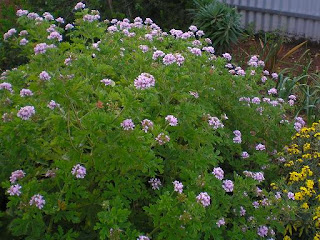 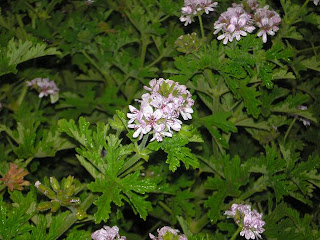 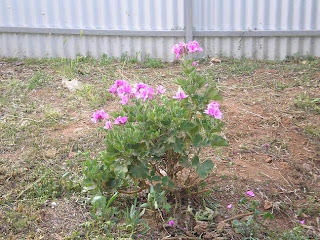 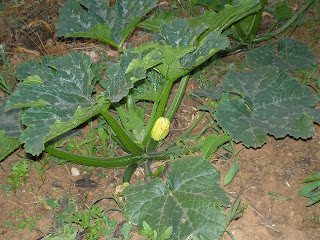 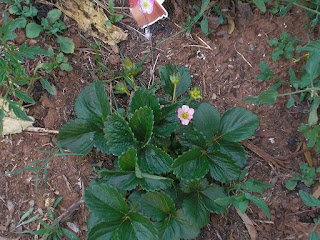 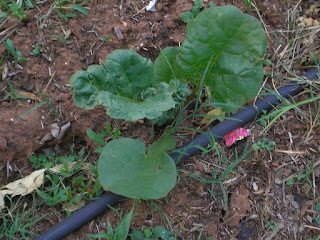 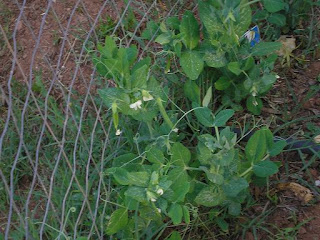 Sugarsnap Peas
Since it is expected to reach 40*C here today (and it's only the first day of November!), I thought I should get out into the garden and take some photos before the heat starts to shrivle them...
I am hoping that really doesnt happen. I'll be devestated! 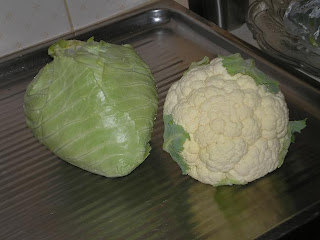