Monday Mail Out: No more faffing about!

I've spent a fair portion of this long weekend (thanks for the public holiday, Queen Lizzie) writing letters, which seemed like the perfect thing to do since it is so cold at the moment and if I can do something to avoid having to go outside then I will! There is little that can drag me away from the comfort of combustion heating during winter (aside from my garden!), and letter writing is the perfect excuse to stay indoors.

It was during these moments of letter writing that I realised that whilst I really do enjoy writing letters, there are certain things about modern correspondence that really gets my goat, and so I thought I'd share them with you today, dear blog reader:

1. It really, really bugs me when someone only writes once a year. Sending a Christmas card anyway? Might as well include a letter with it, right? Wrong! A whole year's worth of news to absorb and return is incredibly daunting. And you know what else? These letters are completely one-sided. So much time has passed since the last instalment that any attempt at conversation is completely lost. Also, I'm a procrastinator. I can easily come up with a million other things that I could be doing instead of writing letters. I don't need another excuse, but these types of letters I avoid replying to like they are the plague. The next thing I know I have 1 year and 3 months worth of stuff to write about. It's a vicious cycle so PLEASE DO NOT EVER DO THIS TO ME!

2. It may come as a surprise to learn this, but I can tell when someone has sent me a letter months after initially writing it. I'm not psychic, just observant. If you ask me what my plans are for March but don't send the letter until May, it's a dead giveaway. It is proper etiquette to drop a letter into the post as soon as practicable after having written it, but it should never be any longer than a fortnight between the writing and the sending, okay? 3. If you have never received a FORM LETTER then you are blessed! I hate the things. For those who don't know, these are letters (usually typed) that someone will send to multiple people all at the same time, and each letter will say the same thing. They are completely impersonal and non-conversational. In my humble opinion, form letters should be outlawed, but what I really don't understand is why someone would ever waste postage on sending them. Don't have the time to write a full-length letter? Then send a note or a postcard instead. Form letters are simply poor form! 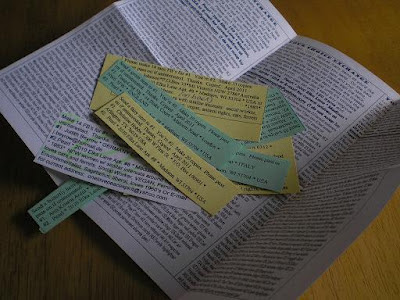 4. In all the years that Jane Austen wrote her sister Cassandra, not once would she have sent a CHAIN LETTER. There are some really fun, creative aspects to letter writing, but a chain letter is not one of them. Send them my way and they will end up in my recycling bin. The time and effort spent on writing them out and copying them is far better spent on something else. Also, the environment hates you for it.

5. One thing that happens surprisingly often is the postal service losing mail. Where do all the misplaced letters end up? It never ceases to amaze me how a single bill never goes awol, but a pretty piece of mail will seemingly disappear off the face of the earth. I'M LOOKING AT YOU, POSTIE! 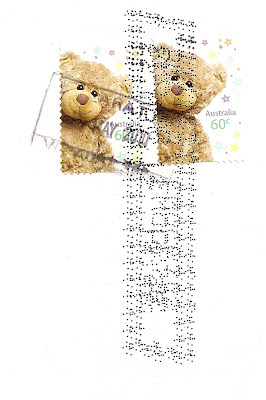 6. Most large, central mail processing and sorting stations contain automatic printing machines that cancel the postage stamps on standard letters - and they ruin them! I'm not a stamp collector, but I write to many people who are, so I always try to include interesting postage stamps. It infuriates me to think that the stamps are being made worthless by these printing machines. Adelaide GPO, you are the WORST by far!

Okay, I know this "Monday Mail Out" thing is supposed to be about the love of letter writing, but today I've shared my gripes instead. If you take nothing else from my ranting, please note there is one vital element to letter-writing that ensures the experience is enjoyable and worthwhile for both the sender and the recipient, and that is to always make your letters conversational. Do not just share your news. Rather, respond to theirs and build discussion on mutual points of interest. Picture them in the room with you and consider what you would talk about over a cup of tea or coffee and a piece of cake. Written correspondence is a great way to build and establish long-lasting, solid friendships, so don't waste your time (or theirs) by faffing about or sending rubbish. 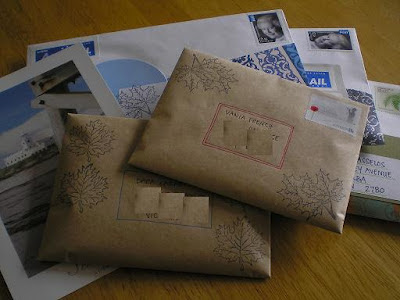 Written correspondence has been a hobby of mine for a long time, & Monday Mail Out is a weekly feature whereby I can share my love for the lost art of letter writing. I hope my experiences will encourage others to send out letters on Monday too, and have them rediscover the joy of sending and receiving mail. If you have a blog, feel free to join in.
Posted by xo.sorcha.ox at 3:29 PM