Summer Surprises (in the garden) 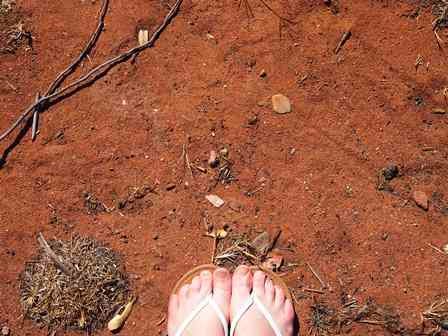 [Where the lawn used to be!]
Oh! It has been so HOT!
We've just come out of a heatwave that lasted over a week and saw temperatures nearing the 50 degrees Celsius mark (that's 122 degrees Fahrenheit) just about every day. We spent the entire week inside, in the dark, with the air conditioning on. The temperature wouldn't fall below 35*C at night, so to stay cool and to limit our electricity use, we camped in the living room, ran the air con on low at a very comfortable 24*C, and shut out the rest of the house.
That's another good thing about these old stone buildings: They're not open-plan, as is so popular with modern design, so there aren't large, open spaces that require a lot of energy use to keep cool. 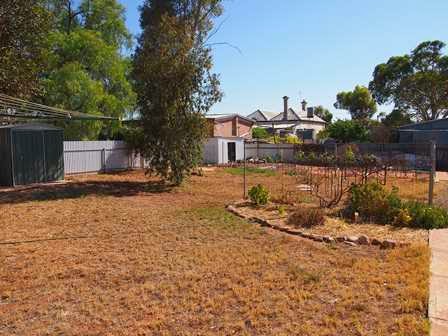 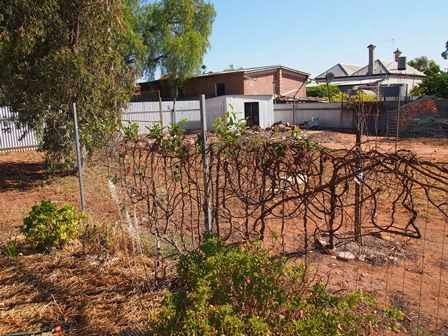 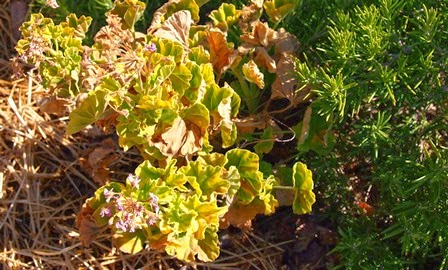 The garden has suffered a little, as is to be expected. I only water the lawn once a week, just to keep it alive (but not thriving). However, the rest of the garden has not suffered as much as it has in previous years thanks to some well-timed pruning and a heap of Lucerne hay as mulch.
In early December I cut back the hardy Hardenbergia to the point where it was nothing more than a twiggy vine. It is now bursting with new growth! It certainly doesn't seem to mind all the sunshine we are having, that's for sure. 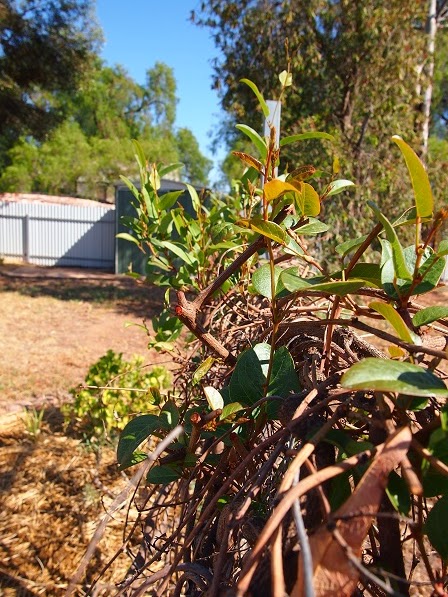 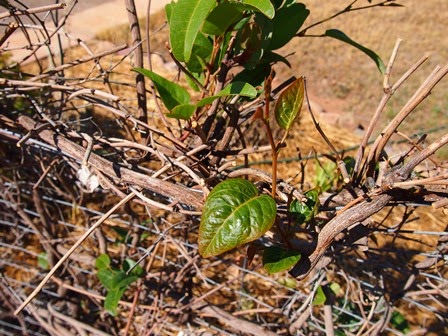 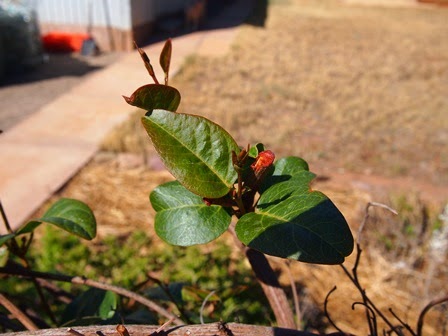 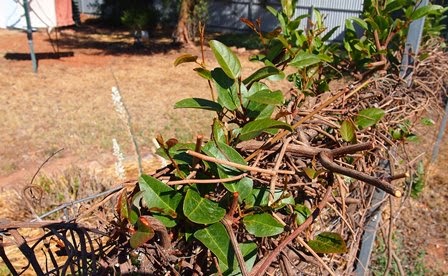 There are other small surprises in the garden too, including bulbs in flower, sweet alyssum, and button daisies peeking through the mulch. The mulch has been a miracle worker: I only water every few days, and yet the ground stays moist. I have used other kinds of mulch in the past (pine bark, and pea-straw), but Lucerne hay is proving to be the most effective. I would recommend it to any gardener, especially those living in dry, hot climates.
It is always nice to find plants thriving and in bloom, but even more so on a day that is 50*C. 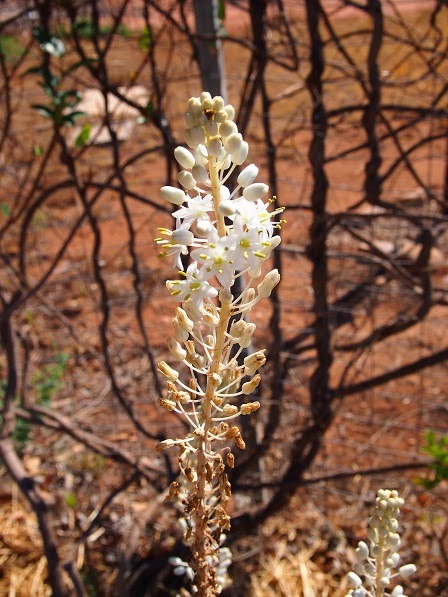 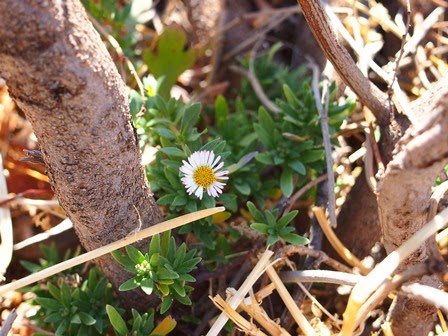