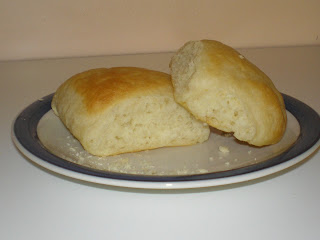 I dont have a recipe to share this week, simply because I didnt actually do any cooking for myself over the weekend! I would usually decide upon a recipe to share and then make it either Saturday or Sunday night. However, this weekend SJ was away so I didnt feel the need to make the effort and cook a meal from scratch. Instead, I survived on frozen leftovers.
Not that this was a bad thing, because rather than spending my time cooking meals I was able to utilise it to test out the breadmaker I received as a birthday gift from my parents. I have been wanting one for ages. I absolutely love making my own bread, but working full-time means that I rarely (= never) have the time to make it completely by hand. So, I wanted a breadmaker to do all the hard stuff for me.
This weekend I made bread rolls (pictured above) and hot cross buns (pictured below). They turned out reasonably well and were incredibly tasty, but I have a problem: They never rise enough! 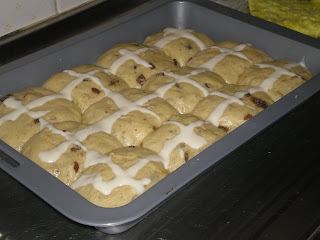 I have also encountered the same problem when making a loaf of bread. Can anyone help?

I am using the only high-protein bread flour I can get where I live, and the best dry yeast stocked on the shelf.

I have tried letting them rise for longer and in warmer spots (the front seat of the car is the best so far), as well as extra yeast. Despite this, what is supposed to be a standard white loaf comes out more like a turkish bread, and even though my hot cross buns were light and fluffy, it would have been nice if they were just a centimetre or two higher.

If anyone has any tips for better bread I would be forever grateful! 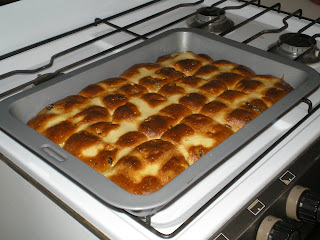