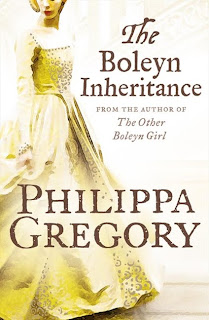 Earlier this month I read Philippa Gregory's novel The Boleyn Inheritance, which tells the story of King Henry VIII's (of England) marriages to Anne of Cleves and Katherine Howard, wives numbered 4 and 5 respectively, from their own perspective, as well as that of Jane Boleyn.
I really enjoyed this novel, possibly as much as I did The Other Boleyn Girl. The constant changing of perspectives had the potential to be confusing, however, Gregory made it work brilliantly, and the story is well-paced. The only downside that I can think of is that it was, at times, a little repetitive.
It was invigorating to read Anne of Cleves as an intelligent young woman who drew the short-straw when she was selected by Henry Tudor as his fourth wife, but then grabbed the opportunity for independence when it was presented to her.

It is amusing yet sad to think of Katherine Howard as a clueless, silly girl too young to be a wife, who thought it would be fun to be married to a King old enough to be her grandfather, yet who paid the highest price for her family's ongoing quest for power.

It is also very intriguing to read a perspective of Jane Boleyn. Desperate, selfish and slightly insane Jane, whose greed sent her husband George and sister-in-law Anne to the scaffold, and then many years later in a bizarre case of history repeating, Katherine Howard and herself followed in their footsteps.

As a historian, Philippa Gregory writes brilliant historical fiction, and I recommend her Tudor fiction novels to anyone who likes a good read, and especially to those into hist-fic. Her novels are thick, but so very easy to read. 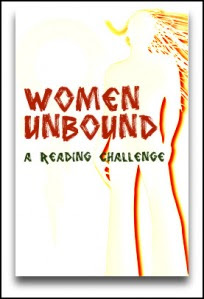 Anyone who knows me would know that I love, love, love books. At every opportunity I am reading, so I have decided to dedicate some of my reading for the New Year to a couple very interesting online reading challenges that I stumbled across recently.
The first is the Women Unbound Reading Challenge, which runs until November 2010, and anyone is able to sign up to take part at any time. The challenge is to read a selected number of fiction and non-fiction books on the topic of Women's Studies. I have decided to accept this challenge as a BLUESTOCKING participant, meaning I will have to read at least 5 books, including 2 that are non-fiction.
The books I have decided to read for this challenge, in no particular order, are as follows:
1. The Six Wives of Henry VIII by Alison Weir (non-fiction: the life and death of Henry Tudor's wives) **COMPLETED**
2. Eleanor of Aquitaine: A Life by Alison Weir (non-fiction: Eleanor of Aquitaine was the wife of Louis VII of France, and then later Henry II of England, and mother of King Richard the Lion Hearted) **COMPLETED**
3. The White Queen by Philippa Gregory (fictional account about the life of Elizabeth Woodville, Queen of England and wife to Edward IV, during the War of the Roses)**COMPLETED**
4. Lady of the Butterflies by Fiona Mountain (fictional account of the life of Eleanor Glanville, botanist in Puritan England) **COMPLETED**
5. The Lost Book of Salem by Katherine Howe (fictional account of the Salem witch-trials). **COMPLETED**
Once each book is read I will post a review with its theme in mind, and then link it back to the original challenge. There are at present over 100 people participating in this challenge, so if you too want to take part you can add your link at the Women Unbound Reading Challenge site. 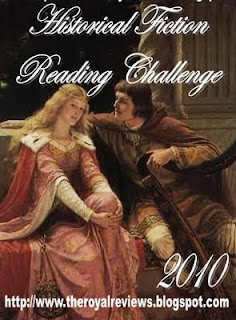 The second reading challenge for 2010 I will be participating in is the Historical Fiction Reading Challenge over at Royal Reviews, which will run from 1 January 2010 until 31 December 2010. Again, anyone can sign up at anytime, but the books must belong to the Historical Fiction genre, and must be started on or after 1/1/10.
For this challenge I will be a FASCINATED participant, meaning I will have to read at least 6 historical fiction novels. I suspect it will probably be more, but I wanted to set myself a realistic target, as I do read genres other than hist-fic, and I also like to read non-fiction books between novels. So, setting myself a target of 6 hist-fic novels over a 12-month period should be easily achievable.
I dont know if this constitutes as cheating (I hope not!), but some of the books for the Women Unbound Reading Challenge will double-up for this one. These novels will be The Lost Book of Salem (**COMPLETED**), Lady of the Butterflies (**COMPLETED**) and The White Queen (**COMPLETED**). The other 3 novels I'm adding to this list will include Pagan's Crusade by Catherine Jinks (**COMPLETED**), and The Queen's Fool and The Wise Woman, both by Philippa Gregory.
Again, if you'd like to participate you can do so by going to the Royal Reviews site and adding your name to the ever-increasing participant list.
Of course, I will be continuing with my seasonal reading lists, into which I will incorporate books for both challenges.
HAPPY READING!