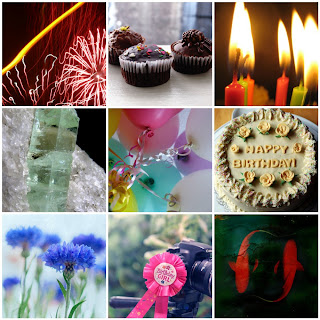 Yesterday I ended life as a Twenty-Something and welcomed in (albiet somewhat reluctantly) a new chapter as a Thirty-Something.

All day everyone I know was kind enough to remind me of it, and I must admit that I wasn't much impressed at the thought of it: I have always considered turning 30 as officially becoming old, and I have dreaded its arrival. But then again I didn't much enjoy turning 10 and 20 either. What is it about starting a new decade that is just so...scary?
Moving from 29 into 30 is a little step that feels like a giant leap, and I am sure that everyone who has or will ever turn 30 must feel the same way about it. However, as a consolation, in the light of the day-after I have noticed that being 30 doesn't feel so bad as turning 30.
So, now that I appear to be getting past the initial fear of becoming that little bit older, I suppose I can start thinking about all the exciting discoveries and grand adventures I can make as a Thirty-Something, and put the fear of getting older aside for at least another 9 years.