So, how did I spend the last two week of my 365 mail art project?
Week 51:
I spent a whole week writing and putting together a letter in a book of postcards... 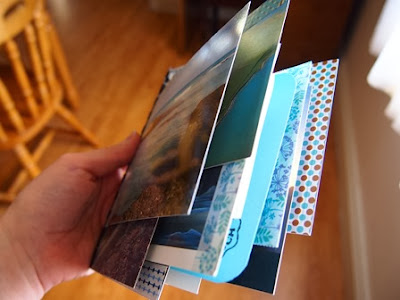 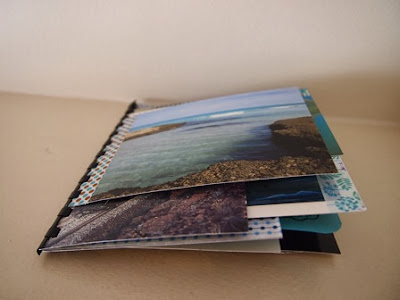 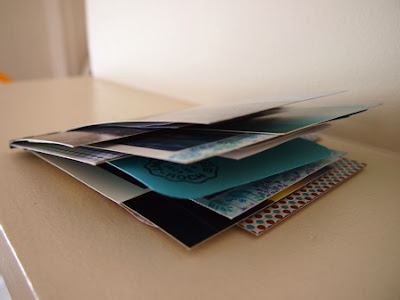 #184:
Which is on its way to Laura in the UK.
Week 52:
Then I used copies of the old Certificate of Title for our property and made envelopes. This CT is a good example of how they used to look before they were/are converted (only people familiar with Torrens Title will know what I'm talking about here, so everyone else just go here) and sets out the historical ownership for the piece of land that we now call home.
These particular sheets set out the names and occupations of every owner, the dates of every transfer and discharge of mortgage from 1891 until 1982.
It's a neat piece of history, if you ask me.
And it seemed apt to send them both to the UK since the property first appeared on the Register in 1891, when Victoria was on the throne and we were still known as the Queen's Colony of South Australia... 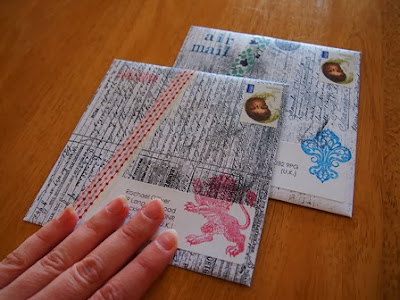 #185: For Louise in the UK
#186: For Rachael in the UK
And with that, the 365 mail art project I started 12 months ago is now officially at a close.
Unfortunately, I was unable to make and send 365 pieces of mail art within the 365 days as I had planned. However, I did not have 365 days to dedicate to the making of mail art. In hindsight, I would be lucky to have had a third of that, so I am perfectly content to have made it to 186 pieces within that timeframe. It equates to 3.57 pieces of mail art a week, and I certainly can't be disappointed with that effort.
A 365 mail art project is certainly a project that can be quite time-consuming, and it has been a challenge to come up with new ideas each and every week over the past twelve months. However, I still heartily recommend it for anyone who wants to have a go, because even if you don't make the 365 pieces, it really is a fun and inspiring creative pursuit.