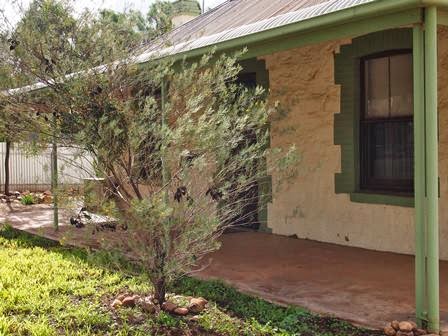 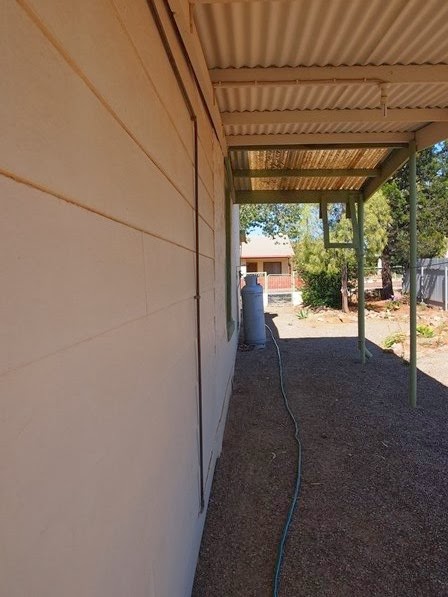 Our house is over 100 years old. For more than a century it has had to endure a lot of weather, but nothing as hot and as extreme as last summer. With the BoM predicting a repeat this coming summer, we have been busy trying to come up with cost-effective and energy-efficient solutions to stay cool during what looks to be another extremely hot and prolonged summer season. The thought of having to run the air conditioning for weeks on end - yet again - troubles me.
Our house already provides us with many advantages: The original part of the house is made of stone and each wall is approximately a foot thick. Combined with high ceilings and small windows, it takes longer to heat up than its modern counterparts. On days like today, where the temperature is expected to near 40 (degrees Celsius), we shouldn't have to turn on the air conditioning. It's only when we experience successive days of extreme heat that it begins to penetrate through to every corner of the house.
I have been told that the trick to keeping an old stone house like ours cool during the hottest part of summer is to keep the stone on the inside of the house cool to the touch. Our biggest challenge, however, has nothing to do with stone: The back of the house (where the kitchen, laundry and bathroom are located) is a weatherboard extension with paper-thin walls and a low ceiling. A galvanised iron veranda then extends out from the back door, which bears the brunt of the sun from dawn until mid-afternoon. It gets hot under that veranda and in those back rooms very quickly during a hot spell. This heat then moves through the rest of the house making it warm and stuffy, and quickly heating the interior stone from the inside-out. It is at this point that the air conditioning is switched on in order to try and cool the house back down.
It got Shane and I thinking: If we can keep the heat to a minimum at the back of the house, it should be a lot easier to keep the rest of the house cool. The easiest, most cost-effective solution was for us to erect blinds around the edge of the back veranda. They do not block out the light entirely, but the light colour helps reflect the sunlight, the fabric allows for airflow, and the blinds themselves provide ample shade.
The seasons have been warmer than average all year; it has barely rained at all since the end of winter, humidity is low and every few days we are cursed with a burst of heat and northerly winds that have the potential to make things very uncomfortable, very quick. The blinds have been up for just over a fortnight, and already they are proving far more effective than we could have hoped. This past week we even remarked that it was quite chilly indoors.
But then again, it isn't summer just yet. It shall be interesting to see what difference these blinds make to the conditions on the inside of the house when summer is at her peak. 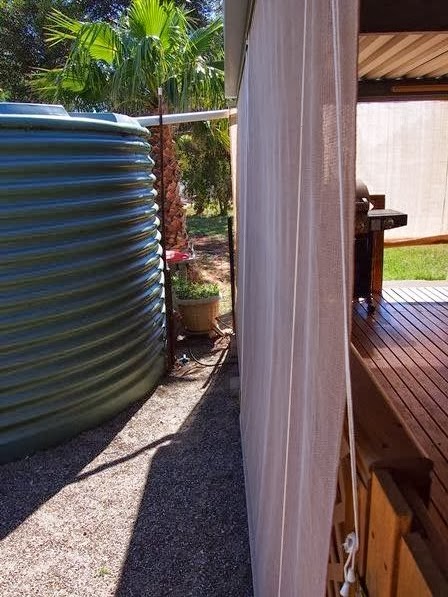 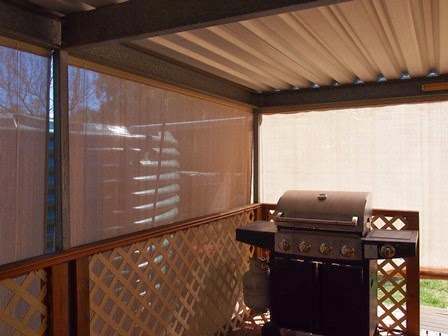 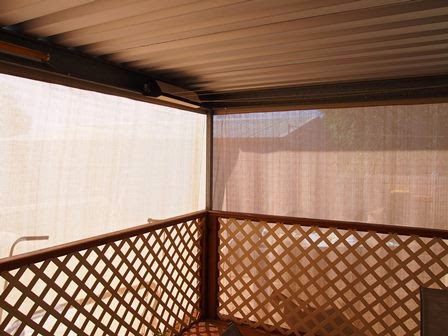 How do you combat the summer heat?
What tested and tried methods can you recommend for keeping a house cool?