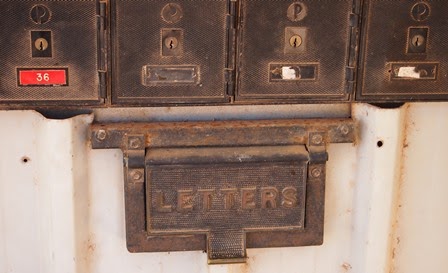 How many people can say they have a tin shed for a post office?
Very few, I suspect.
The town in which I live has a glorious old post office building. Made of stone and with a large polished wood counter, it is at least 100 years old. We have a Postmaster, retail and banking services, and home mail delivery at least three days a week! But with a population of around 1200 people, we are also one of the larger towns in the region.
There are many, much smaller towns dotted all about the place. Some are so small they don't even have a local supermarket, nor a police station, and definitely not a hospital. But there are two things we all share in common: The local pub and the post office.
The tiny town of Appila is made up of a scattering of houses (less than double digits), the pub and the Post Office, and is surrounded by farming land. The town itself dates back to the 1870s and was originally called Yarrowie, before the name was changed to Appila in the 1940s.
It is one of my favourite towns to travel through. Blink and you might miss it entirely. Every time we pass through, I ask to stop by the local post office, just for a look, a giggle, and a marvel.
It is the least grand post office I have ever seen. But, as it so happens, it is also my favourite. Set next to the old Yarrowie Hotel, which towers over it almost protectively, the Appila post office is nothing more than a little tin shed that is completely open to the elements.
What I like most about the Appila Post Office is that post is all it is used for. No giftware, no bill pay or passport services, no retail. It's sole purpose is for the receipt and delivery of mail.
As Australia Post continues to reduce the number of small retail postal services across the country in favour of larger, city-bound mega-stores, it makes me wonder how much longer a post office like those found in Appila, which offers no retail benefit at all, will survive.
For me, the Appila Post Office is a reminder that for some people out there, it is the mail that matters. Nothing more.
Although, I do wonder where it is they get their postage stamps? 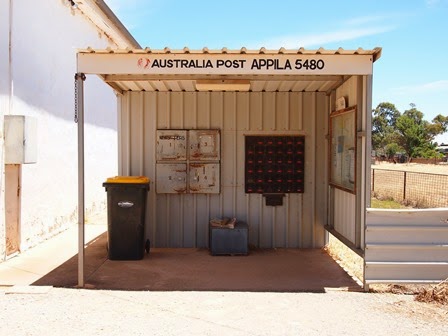 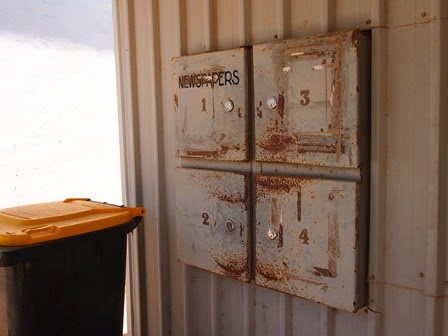 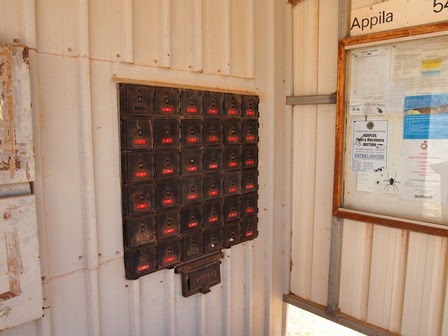 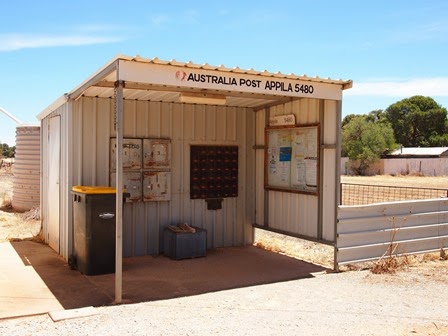