The Soul of Patrick Daly 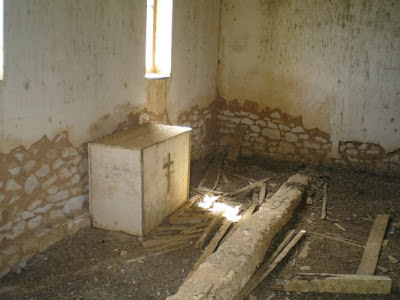 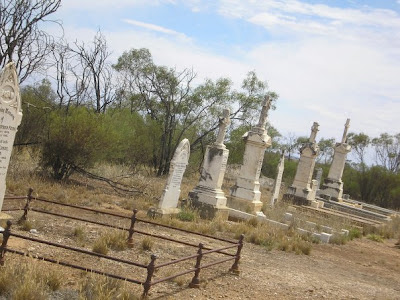 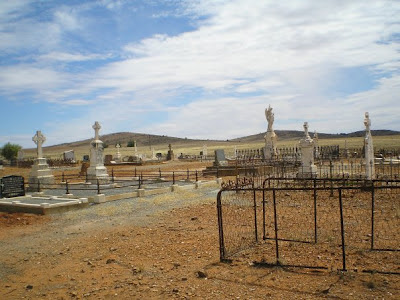 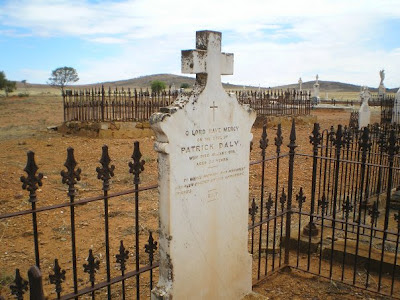 When I woke this morning it was 13 degrees (Celsius), which was quite warm compared to the early morning temperatures of late. The sky was looking a bit grey and drab but I was feeling optimistic so decided I didn't need a scarf for the morning commute through the Ranges to work, nor would I need a pair of socks to keep my feet warm.

Now, mid-afternoon, it does not feel as though the day's temperature has increased from the 13 degrees of this morning. The wind has picked up and it is decidedly chilly. My feet and hands are icy and I really wish I had that scarf for the evening walk from the office to the car.

I've spent most of today daydreaming about all the little adventures and discoveries I could be undertaking if I wasn't sat in front of a computer with nothing to do, but as it turns out it is that fact which has allowed me to stumble across and rediscover these photos - An old Lutheran and Catholic cemetery respectively, which were taken in 2009 on my 28th birthday.

I took a lot of photos that day and the four I've selected are just a few of my favourites. The headstone in the last reads: "O Lord have mercy on the soul of Patrick Daly, who died 10 July 1899, aged 33 years". It provides no indication as to how Patrick met his untimely end, but the headstone stipulates that it was erected by friends, suggesting that the deceased had no family in the region, at the time of his death or after.

It was a day of adventure and discovery: My birthday request that year had been to take a day-trip through the Ranges to Pekina, stopping at the towns and historic sites along the way. It was a warm-but-not-too-hot weather day, perfectly autumn. As we wandered through the ruins of deconsecrated churches and passed aging headstones, the dry, parched earth and paddocks of stubble reminded us of the summer that had just passed, and provided a beautiful contrast to the pale blue sky and its scattering of clouds.
Posted by xo.sorcha.ox at 2:43 PM