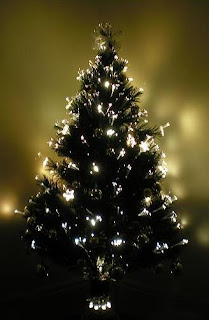 [Our super pretty Xmas Tree]
In true 2011 fashion, the past week has flittered by and I've barely noticed its passing.
Where does the time go?
I'm on leave from work until next week. During this time I'd planned to achieve a many wonderous thing, but already it is Thursday and I've not yet done even half of what I'd planned. 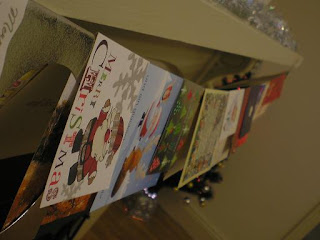 [Xmas cards decorate the dining room mantel]
Xmas Day was a warm one in our sunny, windy, thunderstormy part of Australia. It reached 36*C in our little town, and due to the thunderstorms brewing it was humid all day until around 9pm in the evening when we had a quick patter of rain followed by a cool change. So, the day after Xmas was wonderfully pleasant, as have been the days that have followed it, although tomorrow is supposed to be back into the high-30s, and it is possible that we'll have temperatures in the 40s for the next week or so. 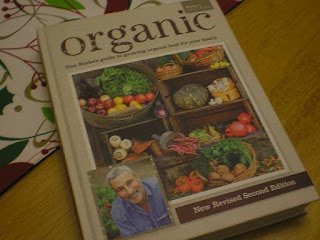 [Useful Xmas gift #1: Don Burke's Organic Gardening]
But back to Xmas Day: A BBQ breakfast, followed by a feast of a midday meal, followed by a feast of an evening meal left us feeling quite gluttonous!
I love to give useful, practical Xmas gifts, and I tried to do that again this year, but I also received some wonderful useful gifts in return. I've already put Don Burke's Organic Gardening book to use and planted seeds for the next lot of planting, as well as having planned my vegie patch for autumn. 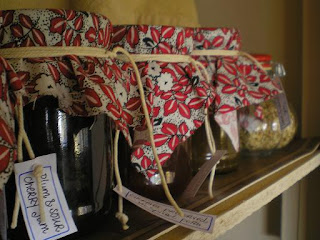 [Useful Xmas gift #2: Homemade preserves and dukkah]
And this morning for breakfast I had quinoa bread spread with a generous serving of homemade pear and vanilla jam, which my sister made. I didn't know she was quite so clever in the kitchen and it was delicious!
Now I'm spending this warm afternoon writing some letters, watching a bit of TV, cooking (in the slow cooker), and reading. I've four full days left free from the confines of paid employment and I intend to get myself back on track with all that I have planned...
Tomorrow I think I'll made some nachos. Gosh, it's been years since I've had those! I'll have to share the recipe...
How are you spending your holidays?
Posted by xo.sorcha.ox at 2:48 PM