“One of the most wonderful, and the most appalling, things about Eric loving me was that he didn't give a shit about anyone else.” - Dead Reckoning by Charlaine Harris

Dead Reckoning is the 11th instalment in the Sookie Stackhouse series by Charlaine Harris. Sookie now lives in a world where vampires and shifters mingle with the human constituent on a daily basis - and everyone knows about it. But that doesn't mean everyone's happy with the situation, so when Merlotte's bar is firebombed suspicion falls directly on the anti-shifters in the community. However, Sookie believes the culprit may be less obvious - and more dangerous.

Dead Reckoning is a slight improvement on books 8, 9 and 10, which were a little stagnant plot-wise, yet it still managed to raise more questions than it provided answers to.

As the central character I would expect to find Sookie grow and develop with each book, yet in Dead Reckoning she appears to undertake no personal development whatsoever. I must admit that the ramblings about Christian Morals that takes place inside her head is a little too cliche for my tastes. Sookie's head is certainly a confusing place to be on occasions. The inconsistencies in her character itself - strong one minute and then a weeping mess the next - make me wonder if Sookie has some kind of disorder she needs to get help for.

However, it is her relationship with Eric in this book that truly sent me bananas: Eric is a bitch to everyone and completely dominates Sookie, and yet Sookie just kind of lets it slide. What's more frustrating, though, is that she's aware she's doing it but blames it on the blood bond she has with him. Even though she can't get her own private life together she still has the audacity to preach to her friends about theirs'! WTF, Sook?

Whilst she has all this drama involving Eric to contend with, next door there's Bill Compton, who likes to show up occasionally and remind Sookie why she fell in love with him in the first place. Bill is slowly but surely worming his way back into the storyline (and therefore Sookie's life), but am I the only one who finds him a bit dull? At the beginning - the very start of the series - when he was the only vampire on the block I'll admit that I was taken with his quiet, dark and mysterious presence. However, when Eric Northman came along, bursting at the seems with charisma and intrigue, Bill faded into the background and I was perfectly okay with that. It's pretty much impossible not to be swayed by a badass viking vampire whose hard exterior hides a soft and chewy centre. But in Dead Reckoning Harris has turned Eric into a secretive, violent and downright nasty a-hole who is kind of difficult to like. And let us not forget Sam Merlotte. Good ole, reliable Sam: Sookie sings his praises and always feels obligated to help him out of a bind. So what we have in this novel is a charming Bill, an irresistable Sam, and an unrecognisable Eric. What game are you playing at, Harris?

As a whole, I found this novel to be far more enjoyable than the last, but I can't help but think the series could have been tied off and finished more neatly had it not been dragged through books 8, 9 and 10. Now I'm in a situation where I hope each instalment will return me to the amazing and awesome pleasure and excitement of earlier books (#4, for example), but it just never quite gets there. Instead each book leaves me feeling a little underwhelmed and I don't think Harris has it in her anymore. A shame, really, because the world of Sookie Stackhouse still retains so much potential. 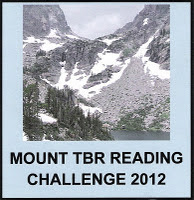 View all my reviews
~**~**~**~**~**~**~**~**~**~**~**~**~**~**~**~**~**
DON'T FORGET TO ENTER THE GIVEAWAY FOR 'ROYAL FLUSH':
Author Scott Bartlett has been kind enough to offer one lucky reader of this blog an e-book copy of Royal Flush.
All you have to do to enter the draw is to leave a comment on this post. Please provide an email address so that if you win the author can get in touch with you to arrange delivery of the e-book. Entries will be taken until midnight (Australian Central Standard Time) on Thursday, 31 January 2013. The winner will be announced on Saturday, 2 February 2013.
Giveaway is open to everyone because we all deserve a free book every now and then.
Best of luck!
Posted by xo.sorcha.ox at 2:39 PM