In this first instalment the reader is introduced to Anita Blake, a necromancer with the power to raise the dead and a vampire hunter known as the Executioner. Anita lives in a world where vampires have been granted many of the same legal rights bestowed upon humans, so when "innocent" vampires become the focus of a crazed serial killer, Anita is roped into the investigation to find the culprit. The task is made all the more unsatisfying (and difficult) for Anita when she is forced to deal with an extremely powerful and dangerous vampire who has no qualms about ending Anita's life if she makes one wrong move...

The Anita Blake, Vampire Hunter series has become a bit of a cult classic since the first novel was released way back in 1993. As an avid reader of vampire fiction, it was only a matter of time before Guilty Pleasures made its way onto my bookshelf, and as a first book in a series I had expected it to completely suck me into Anita's world - but, alas! it did not. I found the storyline promising, although it was let down by underdeveloped, hollow central characters. Furthermore, the plot moved at a snail's pace, so that by story's end it didn't feel as though all that much actually happened. But more than anything, it was really difficult for me to either like or relate to Anita, the story's protagonist. Narrow-minded, unforgiving and over-confident, she is, for lack of a better word, abrasive.

This is a novel where magic and the undead are brought together in the guise of a murder mystery, so I can understand how it may appeal to some other readers. However, unlike similar series by other authors (for example, the Sookie Stackhouse series by Charlaine Harris, which has many similar characteristics), it isn't action-packed, there's little romance and it certainly isn't sexy - not all that much for a reader to sink their teeth into, really.

After all the hype, Guilty Pleasures was actually a bit of a let-down, and it certainly hasn't left me eager to begin book two anytime soon. 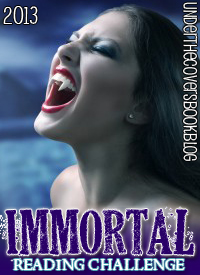 View all my reviews
Posted by xo.sorcha.ox at 6:56 PM