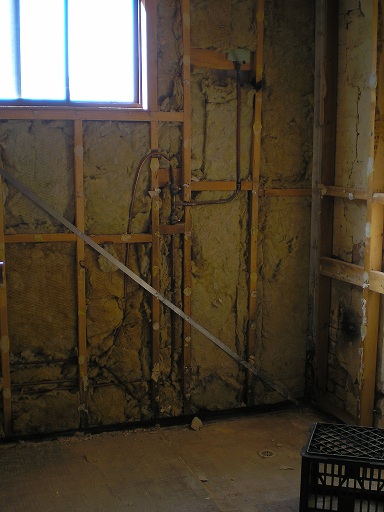 [See those pipes? They represent the most convoluted and confusing rainwater/mains set-up known to humankind! We still can't figure it out.]
Ever gone four days without a bathroom? No doubt if you've had to undertake renovations you know the feeling! Our house is completely chaotic (and terribly messy) at the minute as the bathroom renovation continues. We're not sure how many more days we'll be without the use of it but we are hoping no more than five. 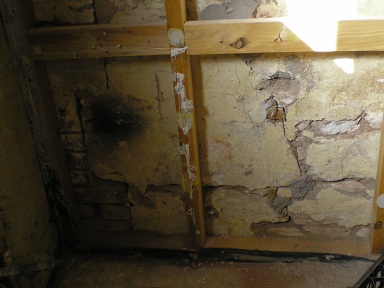 [The most interesting thing about removing walls? Seeing what's behind them! This is the original outside wall to our house, which is over 110 years old. The bathroom is an extension added who-knows-when, but the black scorch mark in this picture is where the original boiler would have been located. To a history-nerd like myself this is fascinating stuff.]
I'm just about to pop over to the in-laws to steal a shower: Today it is 43*C (109*F) with thunderstorms building, so not only hot but sticky to boot. The kind of day when a shower is a M-U-S-T but proves completely redundant, as by the time you've had the shower and redressed you find yourself hot and sticky again. 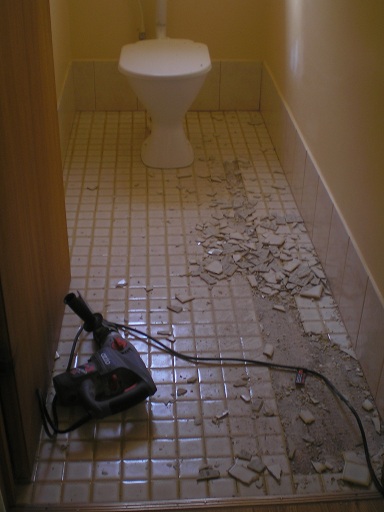 [If you are contemplating doing a wet-area reno and need to remove tiles then you must invest in a hammer drill if you do not already have one. Using the chisel bit these tiles were off the floor in less than 15 minutes.]
Warnings have been issued that that the thunderstorms may create a lot of lightning and there is the possibility of power outages. I'm hoping the power decides to stay on here because:
(a) Air conditioning does not work without electricity, and
(b) neither do a lot of tradie tools. 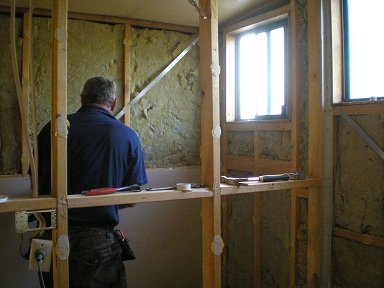 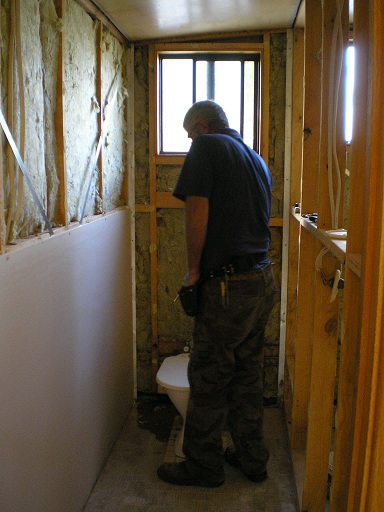 [Guess what I've discovered? You can flush a toilet with a bucket of water. No cistern required. You just take said bucket of water and pour it into the bowl and watch the toilet do its sanitary magic. MIND BLOWING.]
We are still waiting on a replacement basin, bath/shower mixer and showerhead to arrive. We're actually onto our third basin: The first got broken in the warehouse and the second got lost in transit. And, of course, without said basin, mixer and showerhead, the plumber cannot do what he needs to do to the pipes so the walls have had to stay off, so far for 3 days longer than originally planned. I still can't comprehend how a freight company can lose the items their supposed to be transporting, and by lost I mean "cannot locate anywhere" (their words, not mine). 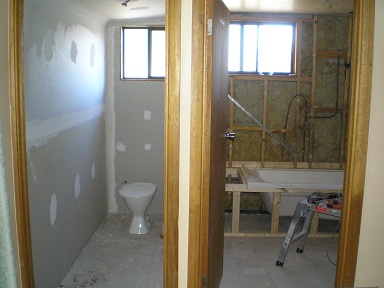 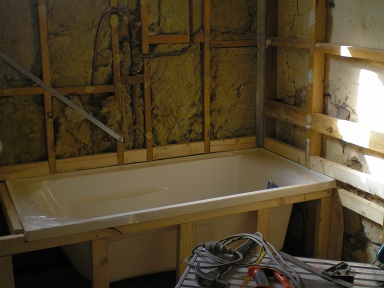 [See that bath? I've been waiting four years for that baby. It may not be long but it is wickedly deep. I'm dreaming about the day that I can soak in it.]
I picked up the grout and the paint earlier in the week. I hope I've decided on the right colours. I'm terribly indecisive at the best of times (it took me six months just to decide what we were actually going to put in the bathroom and in the end it was the location of the pipes and the drains that determined where everything is to go anyhow!) but when it comes to choosing paint colours I constantly second-guess myself. Does anyone else have this problem or is it just me?