Trial and error: It's the only way to describe the last fortnight's attempts at mail art.
I made a lot but ending up ditching most of it because it just didn't work out the way I'd imagined. I mentioned in Week 19 that I was out of ink in my printer and I haven't replaced it because I thought being without it would force me to try something different, and it did. But the downside to this experiment is that I am now drastically behind schedule with the project: I need to make around 10 pieces a week for the next 31 weeks!
No pressure or anything. 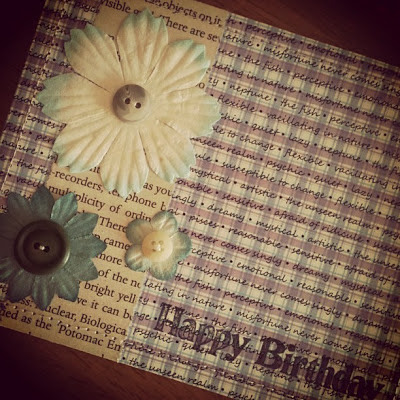 #65 of 365:
I have decided to make birthday cards for all my friends celebrating birthdays this month, as mine also falls in March. This handmade postcard is on its way to F in the UK (trying my luck sending buttons through the post yet again!). 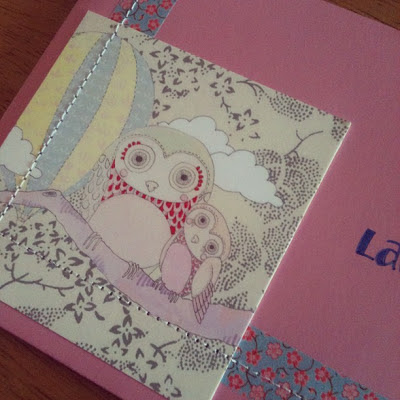 #66 of 365:
For L in Australia: A handmade aerogramme! When I first starting sending international mail at around 12 years old I used aerogrammes quite regularly, especially for introductory letters since they were only 80c at the time. 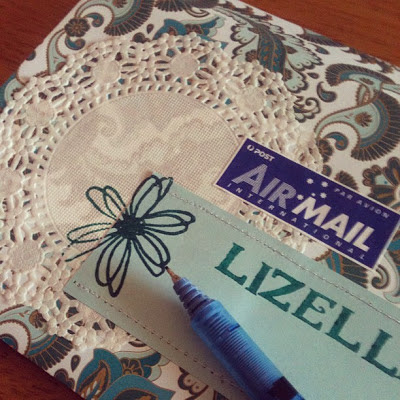 #67 of 365:
For L in South Africa - I just hope my instructions for opening these aerogrammes (scrawled on the reverse) makes sense to the recipients as aerogrammes aren't as widely used as they once were. 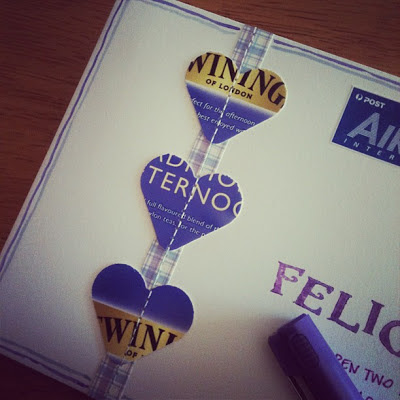 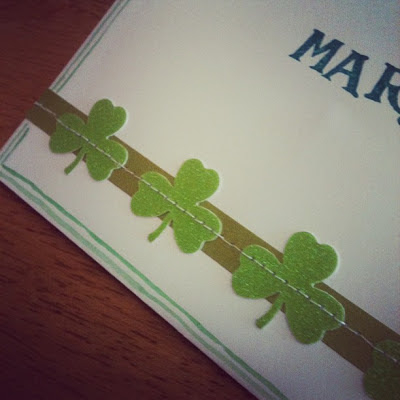 #69 of 365:
And hand-punched clovers for M in the USA! I had a hell of a time figuring out the sewing machine for these pieces - it just refused to be nice! In the end I discovered the tension was all wrong so after a bit of adjusting and readjusting it now seems to be working fine, although I can only use it to create a straight line (but that's not the machine's fault).